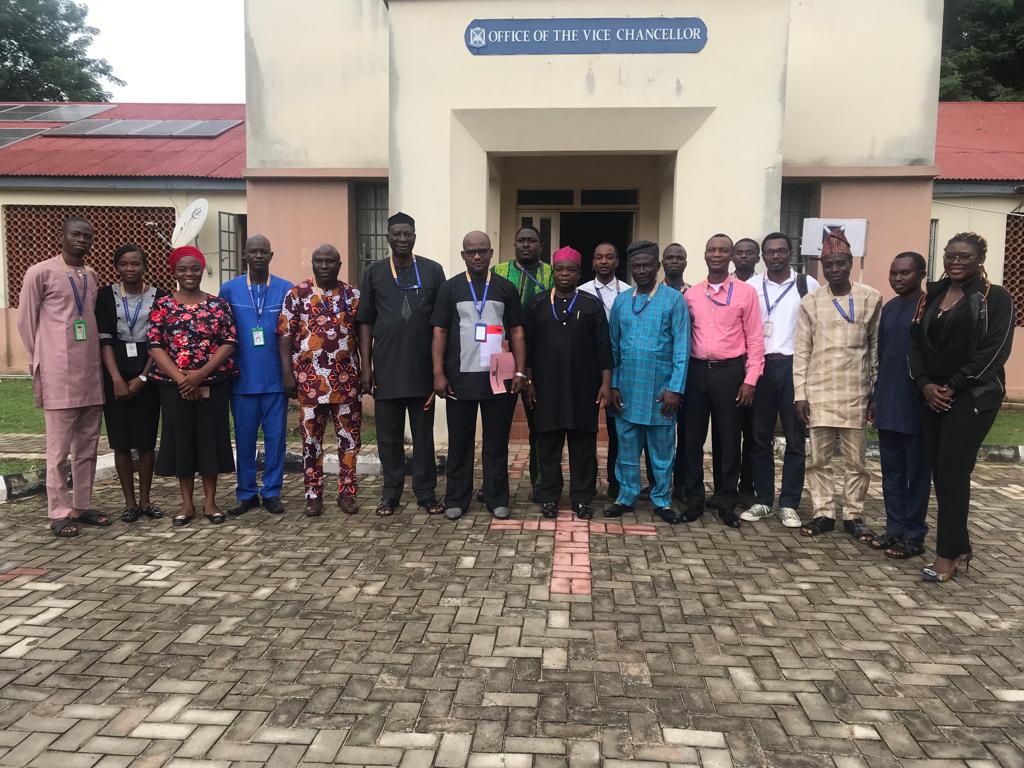 Ajayi Crowther University has broadened its horizon in another remarkable and pacesetting way by setting up a firm that specializes in producing seeds for high-yield harvest to farmers. The firm, known as ACU Seeds, is being superintended over by the Faculty of Agriculture of the University. In a meeting with staff of the faculty, where the company was inaugurated, the Vice- Chancellor, Professor Timothy Abiodun Adebayo, noted that he was delighted that the company was coming on board to alleviate the problem of farmers within the Southwest region and beyond, urging the staff to put in their best to ensure that the company gives quality service to farmers. The Deputy Vice-Chancellor, Professor Muyiwa Popoola, who was also at the inauguration, expressed delight that the faculty was making waves, especially because previous attempts to mount it in the University did not see the light of the day. He described the Vice-Chancellor as a passionate Professor of Agriculture, who has brought his passion to bear on the job since he assumed duty nearly two years ago. The Dean of Postgraduate School, Professor Joel Ayodabo, who also has an interest in agriculture, was at the inauguration. He also lauded the project.

In his presentation, Dr. Moses Adeolu Adebayo, a Plant Breeder and Associate Professor in the Faculty, said the bulk of seed companies in Nigeria are in the northern part, noting that insecurity has largely made it difficult for them to supply farmers in other parts of Nigeria with quality seed to aid better harvest. He said the International Institute for Tropical Agriculture, (IITA), Ibadan has been very helpful in providing ‘breeders seed’ for the takeoff.

The Dean of the Faculty, Professor W.B. Akanbi, thanked the Vice-Chancellor for supporting the establishment of ACU Seeds, stating that apart from training students, the Faculty would render more practical services to the community.

In an interview, Dr. Moses Adebayo ACU Seeds has 325 kg of seeds planted on 13 hectares of land in three locations. He said the firm has been incorporated as a Limited Liability Company, stating that the next stage, which has commenced, is registered with the National Agricultural Seed Council (NASC), the regulatory body for seed companies in Nigeria. He said many farmers are aware of high-yield seeds but resort to planting ordinary crops because they have no access to such seeds. He said the University would bridge that gap, and market the seed to alleviate the problem of farmers in that respect.  He said the company currently has high Maize in stock.