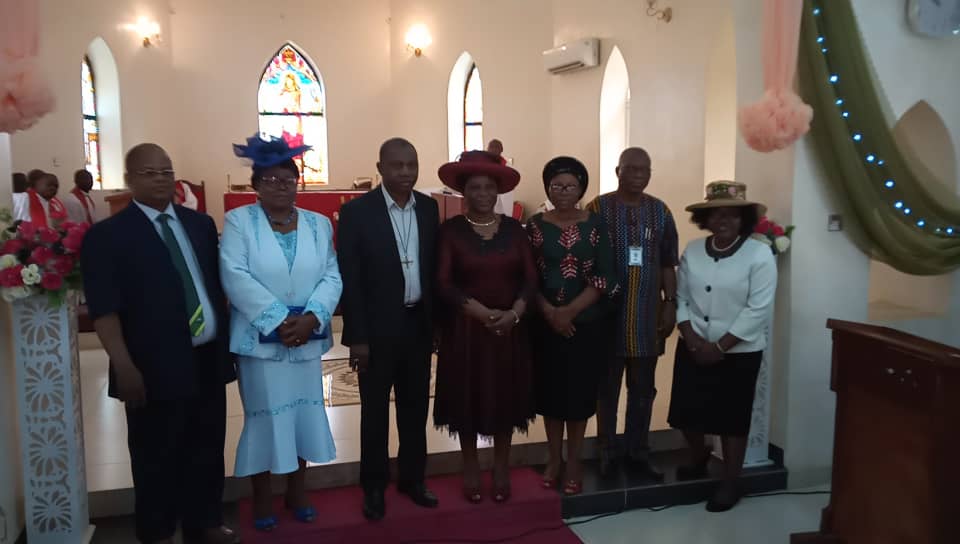 The Archbishop described Asaju as hard working and industrious.  He said the Vice-Chancellor is a man of impeccable integrity, such that the  has a good name which, he said, is better than gold. He also described Asaju as an exceptionally humble man.

‘I can tell you that Asaju is one of the very few people I have seen who have remained humble in the face of power and authority. He has not allowed power to go into his head.  He has remained humble, and full of integrity.  Only God can reward him for the wonderful work he has done in this University. Your future is in the hand of God but I can assure you that you will never be ashamed” he said.

He said only God could reward Asaju for the tremendous work he had done in the University,  prayed that God would take him to greater heights. He was also full of encomiums for Barrister (Mrs.) Harriet Dapo-Asaju for supporting her husband in the work.

‘I thank you for the support you gave him. If you had not been a strong pillar of support he probably would not have achieved so much in office. God will reward you’ Lasebikan said.

Shortly after the message, there was an outpouring of love from staff of the University. The Chapel Committee, various faculties and individuals presented gifts to Bishop Asaju and his wife. It turned emotional for some members of staff when handkerchiefs came out from their pockets to wipe tears from their eyes. The major prayer at the service was for his successor to maintain the numerous innovations he has introduced into the University.

Principal Officers, Deans of faculties, Directors, past chaplains of the University and many members of staff were at the service. The Vice- Chancellor expressed his gratitude, through the Chaplain, Venerable Olalekan Onanuga, to the various units and individuals that presented gifts to him.